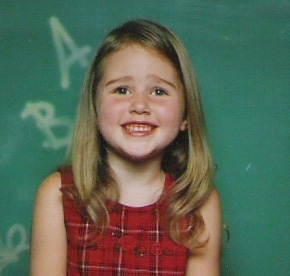 Wednesday (July1st) was the four-year anniversary of they day family members reported the five-year-old girl missing from her rural Floyd apartment. Miller’s body was found five days later in the Cedar River in Charles City.

No one has ever been charged in her death. Sheriff Rick Lynch says two of his deputies are assigned to the case with the assistance of the Iowa Division of Criminal Investigation in trying to found out who murdered Miller. He says they’ve never turned it into a "cold case", and the department’s number one priority at this time is to finally have a closing on this case.

Lynch says they remain optimistic about solving the case, with it being discussed on a weekly basis with a D.C.I. agent that has been a part of the investigation since day one.

He says some new technology to assist with the case has become available, but he can’t specifically discuss the details of that since it may compromise the investigation. Lynch says the recent federal drug indictment against the live-in boyfriend of Evelyn’s mother has helped generate some more tips about the case.

Lynch says he can’t comment on the federal information, but says tips have come in and the anniversary of the girl’s disappearance keeps it going in the media and he hopes that generates more tips.

Lynch says without a doubt, this has been the toughest case that he and other members of his department have seen. He says in his 16 years in law enforcement and his senior deputy with 26 years, this is the biggest case they have seen and he says on top of that the case involved a five-year-old.

Several of the people surrounding the disappearance of Evelyn Miller have served jail time since her death: Her mother, Noel Miller, served two days in jail in 2007 on a charge of going armed with intent. Two sons that she had with live-in boyfriend Casey Fredericksen were put in foster care after Evelyn’s death and she lost her bid to retain custody. Lynch says Miller has moved to California.

Fredericksen is currently serving a 14-year sentence on child pornography charges, with the newest drug charges alleging that he conspired with others to manufacture methamphetamine in 2004 and 2005 One of the last people to see the girl alive, Danny Slick, was sentenced in 2007 to a year in prison for lying to the F.B.I. in their part of the investigation.