You are here: Home / Politics / Govt / GOP farmer may run for governor 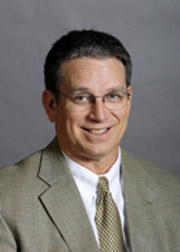 A Republican farmer who easily won reelection to the state senate in 2008 is contemplating a run for governor.  Jerry Behn, a 55-year-old farmer from Boone, has been a state senator since 1997.

While three other Republicans have formed exploratory committees, signalling their intentions to run for governor, Behn has yet to take that step. But Behn has accepted invitations to events which feature Republicans who are considering a bid for governor.

Behn spends part of his time at those events accusing Democratic Governor Chet Culver and Democrats who control the legislature’s debate agenda of mismanaging the state’s budget.

"We have a governor and a legislative body that are spending money like drunken sailors, and I like to say with all due deference to drunken sailors, they spend their own money," Behn said recently. "They don’t borrow it and spend it."

In particular, Behn is critical of the I-JOBS program which saw the state borrow over 800-million dollars for a variety of infrastructure projects.

"I have a granddaughter. She was just born in March. Do you realize that when she graduates from college, she’ll still be paying money on those debts. This is not fiscal policy. This is inappropriate gambling with your childrens’ futures," Behn says. "We need a firewall in the governor’s office to stop the nonsense."

According to Behn, the I-JOBS plan should have been submitted to a statewide vote.

"Did you get a chance to vote on his debt scheme? No," Behn told a crowd in Sac City recently. "And I would submit to you that it is, without question, unconstitutional. I will also submit to you anyone that reads this, if anyone tells you it is constitutional, I think they’re selling something."

Culver’s aides say the plan is constitutional and will help create jobs and rebuild areas of the state that were heavily damaged by last year’s flooding.

"Once again, the Republicans toying with the idea of running for governor are showing Iowans there is a clear choice between a party of nope and a party of hope," Phil Roeder, Culver’s deputy chief of staff, said in a prepared statement. " The Republicans say no to creating jobs, no to growing the economy, no to rebuilding from the floods, and apparently yes to staying in a recession. Governor Culver has hope and confidence in Iowa’s future, which is why he created I-JOBS to help put Iowans back to work and invest in the strength of every single county across the state."

As for the specific assertion that the plan is unconstitional, Roeder suggests Behn’s partisanship is blinding him to the facts.  "Mr. Behn should know better about state law," Roeder said. "…When Republicans held the governor’s office or controlled the legislature at different points in the past 20 years, hundreds of millions of dollars in bonds were issued by the state."  There were no statewide votes on those borrowing plans either.