You are here: Home / Recreation / Entertainment / You decide if Michael Jackson will be the man in the butter 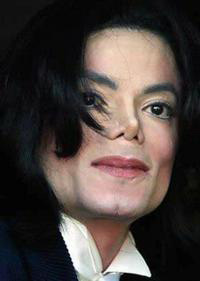 A spokesperson for the Iowa State Fair says the idea of creating a Michael Jackson butter sculpture has created a lot of “churn.”

Lori Chappel says Iowans clearly have strong feelings about the dairy tribute to the King of Pop, so fairgoers will now decide its fate.

“We’re going to leave it up to fairgoers to decide if he should be included in this year’s butter sculpture or not,” Chappel said. An online poll will be conducted at www.iowastatefair.org .

Chappel says fair officials have been a bit surprised with the reaction to the announcement that Jackson would be part of this year’s array of butter sculptures. “We have heard many opinions, both positive and negative,” Chappel said.

“For us, it’s a testament to how important the fair is to Iowans and how much they appreciate the butter cow and the sculpture. We want people to know that we’re listening and acknowledging their comments.” The 2009 butter sculpture will celebrate the 40th anniversary of the Apollo 11 moon mission and Neil Armstrong’s walk on the lunar surface on July 20, 1969.

“With Michael’s untimely death, we decided to add him to that moon walk tribute as a side sculpture,” Chappel said. “If he is included, he would not be in with the astronaut, the flag and the moon surface that has been planned from the start…but as a sculpture to the side.”

The online poll will be open Thursday and run through July 16th at 3 p.m. Chappel says the results will be released next Friday, July 17th. Michael Jackson performed on the Iowa State Fair Grandstand in 1971 as a member of the Jackson Five. The 2009 Iowa State Fair runs from August 13th through the 23rd.