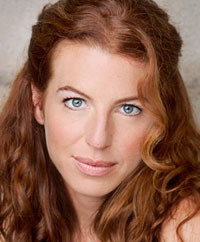 A Mason City native who’s now starring in independent films will return to her hometown this weekend for the third-annual Iowa Independent Film Festival in Clear Lake. Actress Tanna Frederick helped launch the celebration, along with one of her directors, according to festival co-founder Richard Schinnow.

Frederick, a 1995 Mason City High School graduate, convinced Schinnow to start the festival as there wasn’t another such event in the immediate area — with film fests in Des Moines and Cedar Rapids. Schinnow says the festival will feature almost three-dozen films including the first showing in the region of Frederick’s new film.

The Midwest premiere of "Irene In Time" will be Friday at 5 PM at the Lake Theater. It features Frederick and three other Mason City natives: Rob Mathes, Wendy Luker and Kristen Horner.

Schinnow says the festival will also feature a discussion with Hollywood director and writer Randal Kleiser. Kleiser has a wide diversity in his Hollywood resume, including "The Blue Lagoon," "Grease," "Flight of the Navigator," "Big Top Pee-Wee" and "White Fang."

He says the films being shown during this weekend’s festival vary in length and content. There are five categories, with short features as short as three-minutes, feature length movies up to 90 minutes, as well as feature-length documentaries, short documentaries and student films.