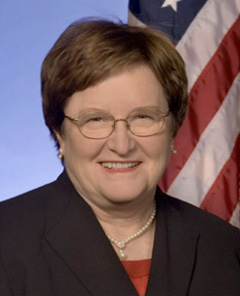 Iowa’s lieutenant governor is urging women to step forward and volunteer to serve on local boards and commissions.

Patty Judge is the third woman to serve as the state’s lieutenant governor and she has some advice for women who are reluctant to serve on a local government panel.

"Stretch the comfort zone a little bit. Try it," Judge says. "I think there are so many talented women out there that just need a little encouragement to step forward and I think if they do the rewards to their community and to the state will be immeasurable."

"We would be the leader in the nation for this," Bystrom says. "So hopefully it will have some benefits to Iowa in getting more women to not only serve on boards, but to run for office as well."

By serving on a local board or commission, Bystrom says women build a "public profile" that helps them later if they decide to run for elected office.

Johnnie Hammond, a Democrat from Ames, served in the state legislature for 20 years and she, too, has advice for women who’re reluctant to serve on city or county commissions, like the local zoning board.

Critics of the new law say it will be very hard to recruit enough women in rural Iowa to serve on local boards and commission. Lieutenant Governor Patty Judge of Albia has two words for those critics: "try harder."