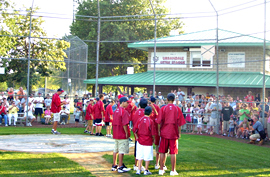 A team of 11 and 12-year-olds from Urbandale leave, today, for Williamsport, Pennsylvania to take part in the Little League World Series.

The squad advanced after winning the Midwest Regional title in Indianapolis on Saturday with a 7-6 victory over a team from Columbia, Missouri. A few hundred fans were on hand to welcome the team home on Sunday night. 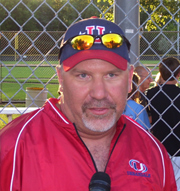 Urbandale manager Scott Grau says the fans and amount of people illustrates why Urbandale is successful as it is, as he says the focus on the Little League program is "second to none."

The team began it’s road to the World Series in early July. Grau says the length of the road to get there was a testament to the strength of the Little League in central Iowa.

He says some of the teams he talked to had played 7 or 8 games to get to Indianapolis, while it took them 14 games to out of the state tournament and they played 20 games overall.

Grau says team chemistry has been a critical part of their success. He says it was hard to prepare for spending 10 days in a small dorm, with community showers and restrooms and little access to their parents. But he says the group got along well together.

Their first game will be on Friday afternoon against a team from Georgia that will represent the Southeast Regional.