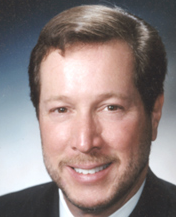 To mark the 50th anniversary of Soviet Premier Nikita Khrushchev’s historic visit to Iowa, Drake University is hosting a dinner and lecture tonight on the Des Moines campus.

The guest list includes Khrushchev’s son, Sergei, who’s now 75. Drake President David Maxwell toured Russia as a teenager at the height of the Cold War as his father was a trumpet player in the Benny Goodman Band.

Maxwell recalls the band playing a party on July 4th of 1962 at the U.S. Embassy’s guest house in Moscow.

Maxwell says, “We’re at this party, a typical American 4th of July party, outdoor barbeque, lots of food and lots of fun, and then there’s this big hubbub and the word started getting around the crowd that Nikita Khrushchev had just shown up to congratulate us on the anniversary of our revolution.”

It was the first time an American jazz band had played “behind the Iron Curtain,” Maxwell says, so it was an incredibly big deal to be there. Seeing Khrushchev just added to the thrill. Maxwell says, “He and the ambassador said a couple of nice words to each other in front of everybody and then Khrushchev went around the crowd pressing the flesh, shaking hands with everybody, including this 17-year-old kid who was there, tagging along with his father.”

Given the political climate of 1962, Maxwell notes that when he returned, most people in his hometown in New York couldn’t believe he’d even been to Russia, let alone met Khrushchev. Maxwell says, “Nobody knew anybody who could actually go there so at that age to spend seven weeks traveling thousands of miles around the Soviet Union and then in the midst of this, shake hands with the Soviet premier, was really surreal and very exciting.”

He says the trip was a life-changing experience that placed him on the path to become a professor of Russian literature and ultimately a university administrator. About 40 Russian political and business leaders will be at Drake today. The featured speaker at tonight’s free lecture is scholar and author William Taubman, who won the 2004 Pulitzer Prize for his biography of Premier Khrushchev.

Sergei Khrushchev will also be speaking about his memories of his family’s visit to Iowa in 1959. The lecture’s at 7 P.M. in Sheslow Auditorium in Old Main. Additional information.