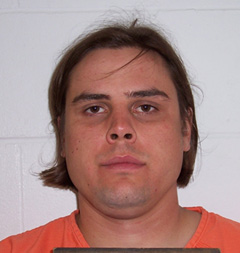 It’s now up to a district court judge to determine whether Mark Becker is competent to stand trial for the murder of former Aplington-Parkersburg head football coach Ed Thomas. A hearing was held this morning in Mason City, with two experts making vastly different statements about Becker’s mental state.

Fort Dodge psychologist Dan Rogers performed a mental evaluation of Becker at the request of Becker’s lawyer. Rogers met with Becker twice and according to Rogers Becker showed the classic symptoms of paranoid schizophrenia.

“He has the delusions. He has the hallucinations. He has thinking that’s characterized by confabulation and, worse, by contamination in which he starts with a perfectly good thought and it just becomes totally filled with illogical concepts as he continues to proceed and disordered responses in which he mixes concepts as he speaks,” the psychologist testified. “He’s pretty good at trying to control it, but it’s there.”

Rogers told the judge Becker doesn’t fully comprehend the charges filed against him. “If you ask Mark purely factual questions about what the charges are he does, but once you get past those purely factual matters it breaks down. He’s got severe deficits in his reasoning and perceptions so he wasn’t able to understand many of those concepts as I was speaking with him,” Rogers said. “For instance, he didn’t understand what first degree murder means and if I explained it to him, he was was able to repeat it to me, but later he obviously didn’t understand it.”

Susan Flander, the public defender who has been assigned to Becker, questioned the psychologist she asked to examine Becker. “Doctor, do you have an option as to whether Mark can obtain mental health treatment that would restore his competency?” she asked.

Dr. Rogers replied: “There’s a possibility that his competency could be restored. The prognosis is very poor.”

“A calm, relaxed, pleasant young man, well-spoken, articulate, able to communicate clearly, able to joke,” Taylor said. “There is absolutely no hint in Mr. Becker’s appearance or behavior that would raise any suspicion of any psychiatric disorder and certainly of any paranoid type of disorder.”

According to Taylor, Becker did not show any symptoms of not being able to understand the charges against him. Taylor testified that Becker was “open and forthcoming” and did not appear to be experiencing hallucinations or delusions during the interview.

“The delusions would come more from what he told me than how he behaved,” Taylor said. “…People who are hearing voices often appear distracted when interviewed. They lose their train of thought or they forget the question and sometimes their eyes will dart around the room and they’ll look as though they are responding to something that I didn’t hear in that room.” Taylor said Becker exhibited none of those traits.

Judge Stephen Carroll has delayed Becker’s murder trial while he decides whether Becker is competent. The trial originally was scheduled to start next Tuesday at the Butler County Courthouse in Allison.