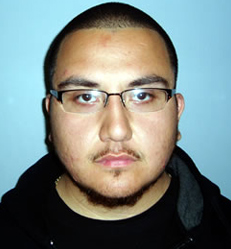 The Iowa supreme Court has upheld the conviction of a former teenager who sent a naked picture of himself to a minor on a cellphone. The case began in Dallas County in May of 2005 when then 18-year-old Jorge Canal Junior of Perry sent a cellphone photo of his erect penis to a 14-year-old female attending his high school.

The practice is commonly referred to as “sexting.” Canal and the girl were friends and he sent the photo after she asked him three or four times to do so in a phone call. The girl testified that she asked for the photograph to be sent only as a joke because some of her friends were doing it.

The girl thought she had deleted the photo, but her mother later found it and the girl’s father contacted police, who arrested Canal.

A jury found Canal guilty of knowingly disseminating obscene material to a minor. The conviction requires Canal to register as a sex offender. Canal appealed the case on two issues. He claimed the evidence was insufficient to establish the e-mails he sent to the girl were obscene. Second, he claimed his trial counsel was ineffective for failing to request a jury instruction informing the jury that mere nudity is not sufficient to establish obscenity.

The Iowa Supreme Court ruled that even though another jury in a different community may have found this material not to be obscene, the evidence in this case was sufficient for this jury to determine, under its own community standards, that the picture Canal sent to the girl was obscene. The court also said the jury was given proper instructions based on the definitions of obscenity, prurient interest, and community standards.