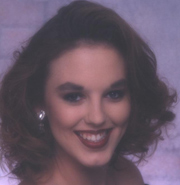 One person was killed, three people were critically hurt, in a car crash in Des Moines early this morning. Des Moines Police Sergeant Lori Lavorato says a man who was collecting cans along the side of a road near the Birdland Marina flagged down a police car about 4:30 A.M. after spotting the wreckage.

“Officers responded and found a one-vehicle accident,” Lavorato says. “The vehicle had run into an embankment or a bridge entrance. At that point we found four people in the vehicle.” Rescue crews had to use the “jaws of life” to reach everyone. She says one of the passengers, 32-year-old Heaven Joy Chumos, of Des Moines, was pronounced dead at the scene.

“The other three occupants were transported to local hospitals and at this point they are listed in critical condition,” Lavorato says. “They are expected to survive.” Those survivors are two women and one man. The driver is identified as 37-year-old Metrick Jenkins, while the surviving passengers are: 47-year-old Julie Edwards and 49-year-old Carla Chiles, all of Des Moines. Lavorato says officers are still looking at factors that led to the fatal crash.

“At this point, investigators are trying to find out the cause and we do believe speed was a factor,” she says. “We do not know if drugs or alcohol at this point were (a factor) as well.” No charges are filed in the incident.