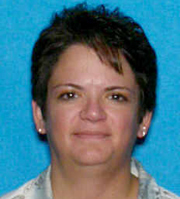 Des Moines Police  have charged a woman in the fatal hit-and-run that happened late Saturday night. Police say 36-year-old Angela Arellano of Des Moines is charged with one count of vehicular homicide and one count of serious injury by vehicle.

Police found her 1994 Jeep Grand Cherokee on Sunday and believe it’s the vehicle involved in the deadly hit-and-run. Three Des Moines teenagers were walking across a city street when they were hit by a Jeep. The 13-year-old boy, Devin Fry of Des Moines, was run over and died Sunday morning.

A 17-year-old girl is in critical condition at a Des Moines hospital. Police say she is expected to survive. Another boy was hit by the Jeep’s side mirror but his injuries weren’t serious.