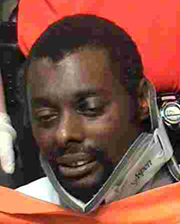 A Des Moines man is now charged in connection with a fatal accident last week that killed a passenger in his car. Des Moines police arrested 37-year-old Metrick Jenkins after his release from an area hospital and charged him with vehicular homicide in the death of 32-year-old Heaven Joy Chumos.

Chumos and two other women were in Jenkins’ car when it crashed into a bridge on September 21. Jenkins is charged with two counts of serious injury by vehicle as the other two women from Des Moines remain in the hospital in critical condition. The crash was so severe that rescue workers had to cut the car apart to get everyone out.