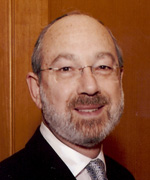 As the trial for the former manager of the Postville meatpacking plant gets underway in South Dakota, the plant’s new owner is in Postville, trying to launch a new chapter in the plant’s history.  Hershey Friedman has changed the plant’s name to Agri Star.

“We’re new owners. We’re looking for a new beginning to make this a beautiful plant, treat our people properly, fairly: put in good working conditions, health and safety, proper salaries and proper benefits,” Friedman says, “and make it a premiere plant that the people of Iowa to be proud of.”

Friedman arrived in Postville on Monday and will be at the facility all week to meet with consultants who are there evaluating the plant.  “We brought in consultants from overseas, the premiere specialists in chicken processing who will be spending the week here consulting (with) us (on) how to make improvements on safety, efficiencies and productivity and I also have a lot of people coming in, helping us on how to start up on the beef department — new equipment, more efficiencies, changes necessary to improve that facility,” Friedman says.  “And we’ll also have people here on how to do changes and efficiencies in our deli division.”

Friedman’s company acquired the former AgriProcessors plant in August.  “My specialty is buying troubled companies and turning them around and making a success,” Friedman says.  “That’s really what my speciality is and this is going to be a beautiful challenge, but we will succeed.”

Today, 385 people are working at the plant in Postville, processing chicken, turkey and deli products.  Friedman plans to expand into beef as well, as Friedman says there’s a shortage of kosher beef in the U.S.

“I was in Vegas at a trade show last week and the rabbi of Vegas came over to me.  One of the restaurant owners came over and called us up and pretty much said: ‘When are we going to get our beef? We don’t have beef in Las Vegas,'” Friedman says.  “I was in Florida this past weekend. A caterer called me up, some other people were there from local stores, (and they asked): ‘When are we going to providing them with good, fresh, delicious beef?'”

Friedman’s goal is to have beef production start early in 2010 at the Postville plant, but he wants to bring in “more modern equipment.” Friedman spoke this morning by phone with Radio Iowa.

Jury selection began today in the trial of Sholom Rubashkin, the former manager of the Agriprocessors plant who is accused of a variety of financial shenanigans.  An immigration raid at the plant in May of 2008 found 389 illegal immigrants were working in the facility.

Friedman has met with Postville’s mayor “a few times” and he attended Monday night’s Postville City Council meeting.  Friedman says he wants to signal to the entire community — “both Jews and non-Jews” — that he’s there to build new relationships.

“We are basically looking to be community oriented,” Friedman said.  “The facility, basically, will have a tremendous amount of changes in safety, working conditions, treating our people fairly, making quality products and also we would like the community to be proud of us on what we plan on doing.”

Friedman is CEO of Polystar Group, a privately-held firm based in Montreal, Canada.  Friedman and his wife, Raizy, are well-known philanthropists.  Friedman and two partners formed “SHF Industries” in Iowa on May 6 and bought the Postville plant for less than the $20 million in debts listed in the AgriProcessors bankruptcy filing.