You are here: Home / Education / Tuition surcharge, job cuts all discussed by Board of Regents 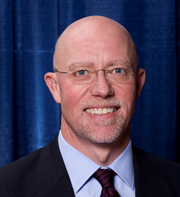 The board that governs the three state universities Wednesday approved a hiring freeze as one of the beginning measures try and help meet the 10% budget cut ordered by the Governor. The three universities need to cut nearly $60-million.

Miles says the schools should consider salary reductions on a temporary basis, as well as if salaries cuts should be less for lower income workers. He also urged the institutions to “think creatively” as to whether temporary layoffs can be used to reduce the number of any permanent layoffs. Miles also asked the board to look at permanent and temporary benefit reductions.

Miles also asked the board to consider a tuition surcharge for the spring semester of 2010. He says that would be a one-time addition to the tuition bills of students, and would be as low as possible. Miles says it would take a 21-and-half-percent tuition increase to make up the $60-million deficit for this year, and to make up for $80-million of federal disaster recover funds the schools received this year.

“I can tell you that’s too much,” Miles says. But he did say the regents will have to consider a tuition increase that is higher the Higher Education Price Index that has been used as a guide for setting tuition. Miles says cutting jobs should be a last resort, unless the schools review their situations and determine the jobs do not meet the future mission of the school and it is time to make revisions.

“The other way that permanent layoffs might come into play, is that we simply cannot get enough lift from all the actions that we take, so we have to go to permanent layoffs,” Miles says. He says those layoffs would be at the bottom of his list, but they “may be something that we simply have to do.” The universities are to have their recommendations for cuts to the Regents at their October 29th meeting in Cedar Falls. Miles also withdrew a request Wednesday for a moratorium on the construction of new buildings.

Miles says the language that put a moratorium on “new ” projects already created anxiety and confusion about which projects would be affected, and he says that was not helpful. Miles says new projects already require the approval of the board before they can go forward. He says the board will have to consider how the new projects will impact the operating budgets of the universities before they are approved. Miles says the cut will create a great hardship for the schools.