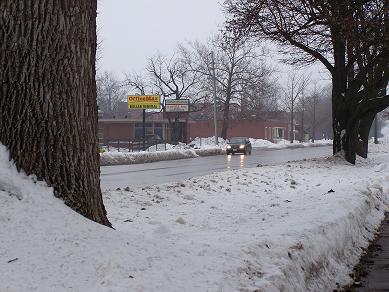 Heavy snow is in the forecast for a wide section of northwest Iowa which may get a foot of snow by Friday, while some areas could get closer to 20 inches. In the opposite corner of the state, forecasters say southeast Iowa should only see rain, while everything in between is facing a mix of snow, rain and a coating of ice.

Brad Small, a meteorologist at the National Weather Service, says a large section of the state is in that “mix” area, where driving will likely be hazardous. Today, we’ll likely see sleet, snow and freezing rain, which could accumulate to one-or-two inches in depth, but by the weekend, Small says areas of northern Iowa may see three-to-five inches of new snow, or even ten-to-20 inches toward the Estherville area.

While much of Iowa’s northern third is under a Winter Storm Warning, eight counties in southeast Iowa are facing a Flood Watch. Small says the Burlington, Keokuk and Mount Pleasant areas will likely be getting heavy rain for the next few days.

Small says, “It’s a very broad storm and it’s going to produce precipitation for a rather long duration, so the folks that are fortunate enough to be warm enough where they’ll see predominantly rain, they could see some flooding.” He says the rivers and streams will likely have ice jams so the new rain will have trouble running off and will likely overflow the banks.