You are here: Home / News / Fans of “Floppy” unite for two-day film fest 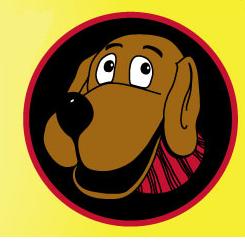 Long before Nickelodeon and the Cartoon Network, central Iowa youngsters watched Duane Ellet and his puppet pooch, Floppy. The pair started entertaining audiences in 1957 and continued until Ellet’s death in 1987. Next week, the Duane and Floppy Film Festival will be held at the State Historical Museum in Des Moines.

Museum spokeswoman Sara Oltrogge expects a big turnout of Floppy fans. “We are going to show some of those old episodes that many adults will remember if they grew up around central Iowa, so they can really relive those memories of Floppy,” Oltrogge says. “We’ve seen that over a span of 30 years on the air, Floppy really touched central Iowa children and now that they’re adults, they can reconnect with that.”

While the show hasn’t been televised live in more than 20 years, the memories of Duane and Floppy live on, as Floppy and the rest of his puppet friends now reside in the museum. There is even a website and a Facebook page devoted to the canine puppet with more than ten-thousand friends listed.

“Everybody has a memory of Floppy,” Oltrogge says. “Even though I didn’t grow up in the area, I do have memories of coming to visit my grandmother and we would watch Floppy. Even if you weren’t from here, you know who Floppy is.” The pair also made appearances in many Iowa communities and at the Iowa State Fair.

Oltrogge says there will be a cross-section of episodes shown during next week’s film fest. The festival features a one-hour compilation of programs put together by the Archives of Iowa Broadcasting at Wartburg College in Waverly.

Ellett carved Floppy from balsa wood and brought him and other puppet characters to life through self-taught ventriloquism. Thousands of Iowa children got to “beep” Floppy’s nose for luck and told riddles like: “What’s the biggest pencil in the world? Pennsylvania.”

The Duane and Floppy Film Festival will be held next Tuesday and Wednesday at the State Historical Building in Des Moines. Find more details at: www.iowahistory.org

Duane and Floppy weren’t the only cartoon show hosts in Iowa years ago. Kids in eastern and southeast Iowa watched Captain Ernie and his Cartoon Showboat, while northeast Iowans were fans of Dr. Max and Mombo the Clown.