You are here: Home / Crime / Courts / Washington man charged with killing his wife 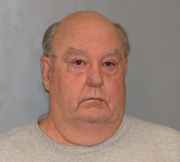 A 70-year-old southeast Iowa man was arrested Monday afternoon in the slaying of his wife at their home in Washington. James Dean Blum is charged with second-degree murder in the death of Patricia Blum.

James Blum had told 9-1-1 personnel that he had possibly killed his wife. Patricia Blum was later pronounced dead at the Washington County Hospital. In an affidavit signed by a Washington police officer, Blum admitted that he killed his wife by “smothering her, after she had backed into the garage door.”

Blum said the couple had been having “disagreements for several weeks.” He went on to say that he “meant to kill his wife, and that he held her face down on the couch for two to three minutes until she stopped breathing.”

The document also shows Blum said that “his wife pleaded with him to let her go while he was holding her down.” The Iowa State Medical Examiner’s Office is expected to perform an autopsy on Patricia Bloom’s body. At an initial court appearance this morning, Blum’s Bond was set at $100,000 cash only. He remains in the Washington County Jail. His next court appearance is scheduled for January 20, 2010.