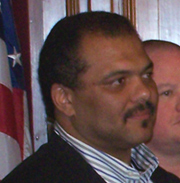 A state legislator and eight other people who sent their children to the University of Northern Iowa’s Price Lab School are now facing criminal charges for allegedly falsifying documents to avoid paying higher registration fees.

The Iowa Attorney General’s office filed the criminal complaints– charging each person with one or more counts of tampering with records, an aggravated misdemeanor. The nine parents are accused of listing false addresses on school records to show their children lived in a zone close to the school on the U.N.I. campus in Cedar Falls.

Students living in that zone were charged much lower registration fees than those outside the zone. State Representative Kerry Burt, a Democrat from Waterloo, is among those facing charges. The Attorney General’s office says the largest amount that should have been paid is nearly 48-thousand dollars. The complaint says Representative Burt should have paid over 37-thousand dollars ($37,000). In a prepared statement, Burt says he is innocent and looks forward to his day in court. However, Burt says he is ending his bid for re-election to the Iowa House.

The statement from  Representative Kerry Burt :

“In the last year, allegations have been made against my family and others concerning Price Lab School. The charges filed by the Attorney General today will give me an opportunity to set the record straight and I look forward to my day in court. I believe I am innocent and strongly believe my name will be vindicated once all of the relevant facts come to light.

However, given the timing of these matters it’s important that I focus my full attention on my family. Although I will serve out the remaining months of my term as State Representative, I will not seek re-election to the Iowa House and I am ending my campaign effective today.

It has been a great honor serving the people of Waterloo and I’m proud of my record expanding health care to more Iowans, creating jobs, and making sure our kids get a quality education. I am extremely grateful to the citizens of Waterloo for allowing me to serve and look forward to continuing my public service in the future.”