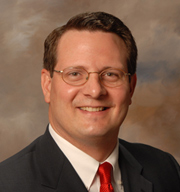 Iowa Drug Control Policy Coordinator Gary Kendell is urging lawmakers to resist making pseudoephedrine a prescription only medication. The drug is a key ingredient in the production of methamphetamine.

Kendell was in Washington, D.C. Tuesday and testified before the Senate Drug Caucus. He explained how Iowa plans to fight a recent resurgence of meth labs by implementing a Pseudoephedrine Tracking System.

“We haven’t even had the opportunity to get it implemented fully and until we do that, I think that is too severe of a step to take as far restricting access to pseudoephedrine products,” Kendell told Radio Iowa following his testimony.

Oregon is the only state that requires a prescription to buy products containing pseudoephedrine and has reported the largest percent reduction in meth labs.

Kendell doesn’t believe there’s enough support for a nationwide prescription-only requirement, primarily because meth isn’t as prevalent elsewhere as it is in Iowa and a few other states. “There are probably 25 states where (meth) isn’t an issue and they’re talking about making (pseudoephedrine) a prescription-only product in all 50 states,” Kendell said.

“That’s probably the biggest hurdle proponents have.” Iowa already limits pseudoephedrine sales, but the electronic tracking system will allow pharmacies to share pseudoephedrine purchase information. It’s designed to block pharmacy-hopping or “smurfing” by meth cooks. Kendell is hoping to implement the new tracking system this summer. Should the strategy prove ineffective, Kendell says he might be willing to join backers of the prescription-only option.

“I think they’ve got an uphill battle,” Kendell said of the prescription-only proponents. “They mean well, but I just think it’s too restrictive of a measure without fully trying the electronic tracking systems.” In Iowa, participation by doctors and other prescribers in the Prescription Drug Monitoring Program is voluntary. Kendell says law enforcement access to the information is severely limited.