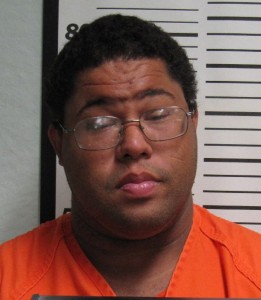 A Columbus, Nebraska man is charged in the shooting death of a rest area worker in eastern Iowa.
Peter Riggs, 31, was arrested Sunday in Johnson County. He’s accused of killing Jeffrey McAdam, 46, of Victor.
The shooting occurred sometime between 7:30 and 8:00 Saturday night and was reported by a trucker who discovered McAdam suffering from a gunshot wound in the men’s bathroom of an Interstate 80 rest area near Victor in Iowa County.
Investigators have not discussed a possible motive for the shooting.