You are here: Home / Politics / Govt / Paint for road lines is in short supply 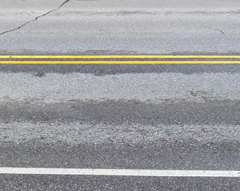 The D.O.T. says paint used to put lines on roadways is in short supply.

A spokesperson for the Iowa Department of Transportation says they’ll have to be more selective about the lines they paint on the state runways and roadways due to a shortage of paint. D.O.T. spokesperson, Dena Gray-Fisher, says two chemicals used to mix the paint have been in short supply.

She says the chemicals are the pigment used in the white and yellow paint, and also the acrylic resin used to make the paint to stick to the pavement.

Gray-Fisher says the lack of chemicals has been made worse by other factors. gray-Fisher says shut downs at facilities that make the paint have compounded the problem, and also China has quit selling one the chemicals to North America because they need the chemical in their own country.

Gray-Fisher says the D.O.T. has about 60% of the paint they would normally have to paint lines on state roadways. So the D.O.T. has set up a priority system, and some roadways will have to wait in line before they can be lined. Roadways that have deteriorated paint that need to be redone for safety reasons will get first priority, as will newly paved or reconstructed roadways. Gray-Fisher says they try to repaint the 9,400 miles of roadways with lines every year.

She says snowplowing and the weather in Iowa cause the paint to deteriorate pretty quickly. Gray-Fisher says the D.O.T. plans to continue to work with the contracting industry and suppliers to address the shortage, which is expected to persist through the end of this construction and maintenance season.

The shortage will also impact city and county road crews.