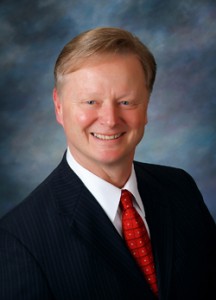 Three mayors from Iowa are spending the weekend in Oklahoma City, site of the 78th annual meeting of the U.S. Conference of Mayors. Dubuque Mayor Roy Buol says one of the group’s top priorities is pushing Congress to forward more money to municipal governments, rather than the states. “The federal government needs to realize that to create jobs and really get people back to work, money has to be channeled to cities – rather than the vast amount going to states,” Buol told Radio Iowa.

The conference, involving hundreds of mayors from cities with populations of 30,000 or more, opened Friday and runs through Monday. Buol says those cities can put federal money “to work” right now. “We’ve got projects that we can get the spade in the ground and get people back to work on very quickly,” Buol said. “I think there’s been some disappointment from the members I’ve talked to that we haven’t necessarily gotten a great deal of funding from the stimulus that’s come to cities.”