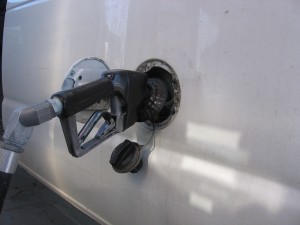 The Environmental Protection Agency, for the second time this year, has delayed a decision on a request to boost the concentration of corn-based ethanol in gasoline from 10 to 15 percent. Growth Energy, which represents ethanol producers in Iowa and other states, filed the initial E15 waiver request in March 2009.

Growth Energy CEO Tom Buis says the EPA was scheduled to issue a decision earlier this year, but that was delayed until mid-year. Now, the EPA has announced more testing on engines is needed and a decision won’t be reached until September. “Obviously, we find that unacceptable,” Buis said. “We feel we submitted enough data to support the waiver going up to E15 for all vehicles and this thing is continuing to get delayed, delayed, delayed.”

Small engine manufacturers and some environmental groups are among those opposed to the increase, but Buis claims there is sufficient evidence to show E15 will not harm the performance of car engines. Buis has sent a letter to President Obama outlining his concerns with the delay and suggests Obama direct federal agencies involved in the testing to wrap up their work and issue a decision.

Buis says a boost to E15 would reduce America’s dependence on foriegn oil and create jobs. “It’s important to our economy,” Buis said. “Going from E10 to E15 would create 136,000 new jobs right here in America that can’t be outsourced.” He claims the move to E15 would reduce U.S. oil imports by seven billion gallons.

EPA officials have indicated in the past that they will raise the blend, saying a congressional mandate for increased ethanol use can’t be achieved without allowing higher blends of the renewable fuel.