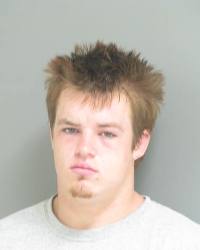 Captain Barry Thomas says Trachta is charged with three counts of lascivious acts with a child. “The victim in the case had come forward and told people about some events that had taken place and once the sheriff’s office received that report, we started investigating,” Thomas said.

The child said the contact occured at least three times over the course of several months at Trachta’s home. Thomas says Trachta admitted to the “inappropriate contact.” He is being held in the Story County Jail. Thomas described Trachta as a family acquaintance of the young girl.