Some Area Education Agencies in Iowa are purchasing technology bunkers to protect important data from being destroyed by a fire, severe storm or other disasters. The Grant Wood A.E.A. in Cedar Rapids installed it’s bunker last April after the old housing unit was inundated with a foot of floodwater in 2008.

Fortunately, Brousard and others were able to move the computers and servers to higher ground before their building was flooded. But, the scare prompted the Grant Wood A.E.A. to spend $200,000 on the new bunker. Brousard says it’s designed to withstand 150 mile per hour winds. It’s also bulletproof and fireproof. 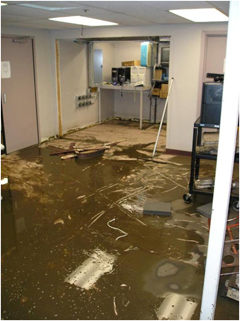 The Heartland A.E.A. in Johnston should have a similar technology bunker in place later this year. Brousard says his agency in Cedar Rapids will share capabilities and back up plans with the facility in Johnston.

“We’ll have some servers at each other’s sites, so assuming that a tornado hit our bunker and destroyed it, we could go to Heartland and they would have our data backed up and some servers that we could start restoring to. They would do the same thing with us,” Brousard said.