You are here: Home / Agriculture / Cultural change in Perry subject of documentary 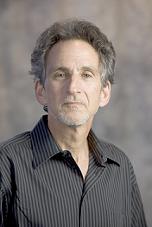 A documentary that focuses on the impact of immigration on an Iowa community makes its national debut this weekend. It’s called, “A Little Salsa on the Prairie: The Changing Character of Perry, Iowa.”

Jody Swilky wrote and co-produced the film which studies how changes in the U-S meatpacking industry created a high demand for new laborers from Mexico and Central America.

Swilky says, “The effect of it was, within a decade, from 1990 to 2000, Perry, like other communities, had gone through a radical culture change.” Swilky is a Drake University professor and chair of the English Department.

Over the course of ten years, he says the town in central Iowa’s Dallas County went from having a minority population of less than one-percent to nearly 25-percent Latino.

“The first part of the film goes into the issue of ethnicity in meatpacking and the history of it in Perry,” Swilky says. “The second part is interviews with people who had been there during the culture change, Latinos and Anglos, and talk about the effect of it.”

The film also addresses the impact of Latino immigration on the economy, society and physical environment in Perry. The documentary also analyzes present-day Perry and looks ahead to what the future may hold. He says they feature local Perry residents who emigrated to the rural community from Mexico.

Swilky says, “We have a group of undocumented students who talk about what it was to get here and what it is to live here and the whole life that they’d lead, hopefully enlightening people into what is going on in people’s lives.”

The film will air Sunday at 6 P-M on the Documentary Channel, which airs documentaries from around the world. Learn more at www.littlesalsaontheprairie.com.