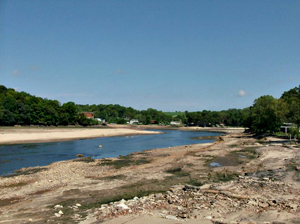 The rebuilding of the Lake Delhi dam just became much more difficult. The Federal Emergency Management Agency has ruled the project will not receive federal assistance.

A FEMA spokesperson says the agency has determined the private organization which owns the dam doesn’t provide any “essential governmental service to the public and the lake is strictly recreational.”

Lake Delhi Recreation Association President Jim Willey isn’t happy with FEMA’s decision. “We disagree with it and we are going to appeal,” Willey said.

Heavy rains led to the dam’s failure on July 24th – draining the lake in Delaware County. A task force assigned with charting the future of Lake Delhi is scheduled to meet for the first time this Friday. 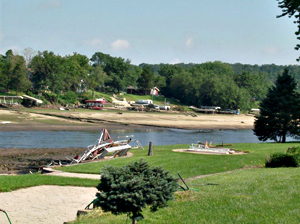 Willey says while the dam is privately owned, the lake and it’s beaches are public, so he believe the rebuilding of the dam deserves public support. “We’ve had our share of challenges here lately, so we’ll just continue to work through it,” Willey said. FEMA officials also say federal money shouldn’t have been spent on repairs to the dam after the 2008 floods.

The agency agreed to spend $2 million for repairs at Lake Delhi and issued an up-front payment of $1 million.