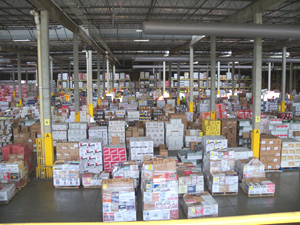 Iowa Alcoholic Beverages Division administrator, Stephen Larson, says he plans new focus for the division to let those who hold a liquor license — and those who consume the products — know what’s required of them.

Larson says they are going to be “focusing a tremendous amount of time and effort in the future on education.” Larson took over the job about four months ago, replacing former administrator Lynn Walding. Walding was not reappointed after questions were raised about his spending decisions.

Larson says increasing the education provided by the A.B.D. is one of the things he has changed along with the procedures involved in documenting the agency’s spending. Larson says outreach in education on compliance with Iowa’s liquor laws, and underage drinking and other areas will be a big focus of his leadership moving forward. “That’s a major change, that I’ve brought…is to work hard on education outreach,” Larson says.

Larson says he has created a position to address that education outreach. Larson says his communications director will be leading the effort to educate licensees. He says they are also working with other groups to combine their efforts in all types of education to prevent alcohol-related problems.