You are here: Home / Business / Use of wireless phones continues to increase in Iowa 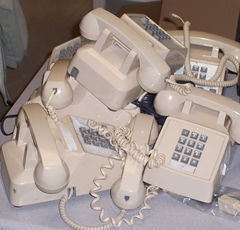 An Iowa Utilities Board survey shows more Iowans are using cellphones over wireline phones — but the switch slowed some due to cable phone services.

Rob Hillesland is the spokesperson for the I.U.B. Hillesland says the most recent survey data from 2009 showed the number of wireless telephone connections in the state increased nearly 12% from around 1.9-million in mid-2007 to over 2.1- million in 2009.

Hillesland says the number of cable phone service providers has increased, with 12 companies now in the cable phone business. Hillesland says there’s been an explosion in the number of cable telephone connections. He says the Mediacom company reported a 131% increase in it’s phone connections since 207 and they now serve 286 communities with their phone service.

The straight upward trajectory of cellphone use in the state does appear to be losing a little of its steam. Hillesland says the growth in wireless usage has continued to increase, but has slowed a little bit. He says the growth in the wireless telephone numbers was 15%percent from 2007 to 2009, prior to that it was nearly 23% from 2005 to 2007 and a 28% jump from 2003 to 2005.

You can see the full report on telephone service on the I.U.B.’s website at: www.state.ia.us/iub.