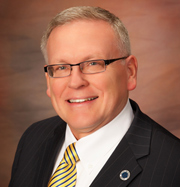 Vander Plaats is now leading an effort to vote out the three judges, but Moore says the system for selecting judges is fair and the judges should be retained. Moore says the citizens of Iowa deserve to have access to very best courts, and he says the state has done that for the past 50 years. Moore says he has been a lawyer for 33-years and is “extremely concerned that we will allow politics and campaign money to come into the judiciary and impact our fair and impartial courts.”

Moore worked on all three of Vander Plaats’ campaigns for governor and says there are no ill feelings toward Vander Plaats — they simply have a disagreement over the court system. “We go a long way back, but I want to make clear this isn’t personal, this isn’t about Bob Vander Plaats. It certainly isn’t about Dan Moore, in fact it’s not about any one justice, it’s not about any one politician, it’s about our system that we have in place and keeping politics and campaign money out of the finances,” Moore says,”what I stand by is that the courts are accountable, the courts are accountable to the constitution.”

Vander Plaats says the courts went beyond the constitution in overturning the law banning gay marriage and were not held accountable to the people of Iowa. Moore says voting justices out of office is not the way to react to a court ruling. He says if the citizens disagree with the judges’ interpretation of the law, they can petition the legislature to change the law affecting the future.

Moore says in this case, if the citizens disagree with the court’s interpretation of the constitution, then they have the ability to amend the constitution. “So there are remedies available,” Moore says. Moore says the issue goes beyond gay marriage case. Moore says it could apply to any case the court rules on, some people may not like the decision, some may like it, but he says “it’s a fair and impartial decision that’s made.”

Moore says the group plans to do some radio and television advertising to get its message out. While the Supreme Court justices had been staying out of the fray, Chief Justice Marsha Ternus gave a speech at Iowa State University this week were she defended the ruling and said critics of the ruling were “blinded by their own ideology.”

The University of Northern Iowa has announced that Ternus will give a lecture on campus next week called “Rule of Law and the Iowa Supreme Court.” Vander Plaats told Radio Iowa he believes the people of Iowa are “very disturbed at this supreme court that’s become activist in nature” and the people want to hold the court in check with a “No” vote. Vander Plaats says he believes that’s why Ternus is now speaking out on the issue.