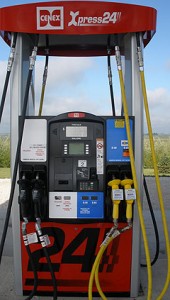 The EPA this week agreed to allow refiners to blend more ethanol into gasoline, raising the amount of the corn-based fuel additive from ten to 15%.

But, Dawn Carlson – president of Petroleum Marketers and Convenience Stores of Iowa – says retailers probably won’t be interested in offering E-15 because of liability risks. The new blend is only allowed in 2007 or newer vehicles.

“The EPA could come in and fine the retailer as much as $25,000 per occurrence,” Carlson said. Consumers who pump E-15 into the wrong vehicle could be fined $2,500. Carlson is encouraging retailers who do sell E-15 to exercise caution and possibly even place a full-time attendant at the pump.

“If a consumer pulls up and they don’t have a flex-fuel vehicle, that retailer is going to have to identify that car as being 2007 or newer,” Carlson said. “If they don’t, they’re exposing themselves to tremendous liability.” Retailers will also need to invest a lot of money just to sell E-15. It costs around $25,000 to install a blender dispenser.

“By the time you tear out your existing fuel dispenser at the island, break up the concrete, tear out the piping and put in a new dispenser – you’ve lost a lot of sales and customers during that time of transition, not to mention the overall expense of the equipment itself,” Carlson said.

Still, she expects some Iowa retailers will take a chance and offer E-15. Carlson says her group favors the addition of more ethanol to gas, but wants Congress to put some liability protections in place. EPA officials indicated a decision on allowing E-15 in vehicles of model year 2001 to 2006 is expected by the end of this year.