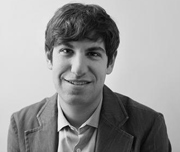 Less than two weeks before Election Day, an Iowa native and national political journalist returns to his home state today to talk politics and pitch his first book. Ari Berman grew up in Fairfield and is a correspondant for “The Nation” magazine. Berman says his book, “Herding Donkeys,” aims to tell the story of the grassroots political movement that defined Barack Obama’s campaign in 2008.

Berman says, “And I wanted to look at the broad relevance of a change in American politics, pre-Obama and post-Obama, look how that grassroots movement evolved, which I really believe began with Howard Dean’s campaign and then look at what’s happening in politics today in terms of Obama’s base and the Tea Party on the right.”

As an Iowan, Berman acknowledges residents of the Hawkeye State have a unique political perspective with the first-in-the-nation caucuses. Looking back, he says Howard Dean’s 50-state political strategy was “visionary yet controversial” and helped to transform Democratic politics. Still, he notes, Dean failed in his presidential bid but went on to become party chairman.

“Dean had all this incredible momentum but he never had an organization in Iowa, right?” Berman says. “So when it came time to caucus, he did very poorly because he hadn’t built that durable organization like John Kerry or John Edwards had. He sort of got ahead of himself which, in some ways, was the same problem Hillary Clinton had in 2008 and on the opposite, I talk in the book about how Barack Obama really mastered Iowa.”

The 28-year-old Berman, who now lives in New York, says “Herding Donkeys” should appeal to readers of all political persuasions, though it concentrates on how the Democrats went from being “in the wilderness” to regaining power. “Obviously, it’ll appeal to Democrats, but I think the lessons in the book will be very interesting to Republicans, too,” Berman says. “I’ve noticed that the Tea Party have adopted a lot of the political innovation that first Howard Dean and then Barack Obama did and now they’re the ones organizing online and now they’re the ones mobilizing people in the streets.”

Berman will be appearing tonight at 7 at Prairie Lights book store in Iowa City. Learn more at: herdingdonkeys.com.