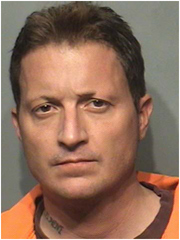 A Williamsburg man was arrest in West Des Moines Thursday in connection with a couple of robberies in his hometown. Thirty-six-year-old Ryan Randles is charged with two counts of second-degree robbery, second degree theft and fifth degree theft for robberies of the County Bank and Best Western in Williamsburg.

Randles was identified by police as a suspect in the robberies, but police learned he had left town in the vehicle of the person he was staying with. That vehicle was found Thursday at a West Des Moines hotel after a nationwide alert was issued. State, county and local officials helped in the investigation and arrest of Randles.

Officers says he was found with money in his possession that is believed to be from the robberies.