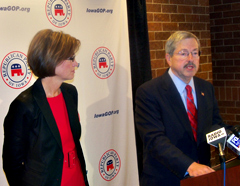 Governor-elect Terry Branstad, a Republican, says there may be a place in his administration for Democrat Michael Mauro who was defeated this past Tuesday in his bid for a second term as secretary of state.

“I think he was a very good secretary of state,” Branstad says. “I called Mike to offer my condolences and I think he’s a very capable individual that I certainly want to consider.”

Council Bluffs City Councilman Matt Schultz, an attorney, beat Mauro on Tuesday by about 30,000 votes.  As Branstad campaigned for the past few months, he urged voters to elect Schultz and the entire Republican ticket.  Branstad apparently had no beef with the way the Democratic incumbent, Mauro, ran his office, however.

“I thought he was very fair in the job that he did as secretary of state. He treated our campaign fairly. I think he treated everybody fairly,” Branstad says, “and I know that a lot of people across the state of Iowa have a lot of respect for him and for the job that he did.” 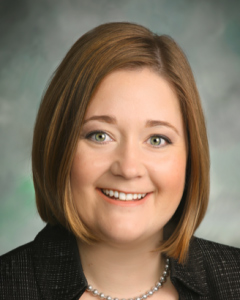 Branstad is also considering Brenna Findley — the Republican who ran for attorney general — for a post as well. “Brenna Findley, I have a lot of respect for her and her ability and research,” Branstad says, “and she has both the experience of being a lawyer but also having worked as chief of staff for a congressman and dealing with some of the constituency issues that you need to do in state government as well.”

Branstad will take the oath of office for a fifth term on January 14th. At the conclusion of his fourth term back in 1999, Branstad advised the incoming governor — Tom Vilsack — not to limit himself to people of one party when naming agency directors and other key leaders within state government.

“I want to reach out to capable, talented people of all backgrounds that I think could play a key role in state government,” Branstad saod earlier today. “And I want to use their talent as best to serve the needs of the people of Iowa.”

Branstad has already talked with Rob Roberts, a Carroll legislator who ran for governor and finished third in the June Primary, behind Branstad and Bob Vander Plaats.  Branstad said Vander Plaats has “other things that he has taken on” and Branstad does not expect Vander Plaats to “have an interest” in serving in a Branstad administration.

Branstad is the guest on this weekend’s edition of “Iowa Press” on Iowa Public Television and he held a news conference at IPTV after the show was taped this morning.