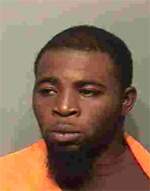 A man wanted for the shooting death of another man in Des Moines last month remains at large, but may’ve recently been seen in the capital city. Police say they’re following leads that Lester Talshawn Richardson, 27, was spotted in the Des Moines area last week. He’s wanted for first-degree murder in the October 14 shooting death of Martin Turks, 29, outside a convenience store located just east of Drake University.

Investigators say Richardson should be considered armed and dangerous. They’re asking anyone with information on his whereabouts to call the Des Moines Police Department. The Polk County Crime Stoppers organization is offering a reward of $1,000 for information leading to an arrest in the case.