You are here: Home / Fires/Accidents/Disasters / Winter holidays a busy time for Iowa firefighters 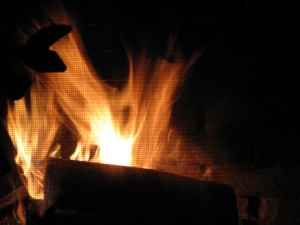 State Fire Marshal Ray Reynolds is reminding Iowans not to leave cooking food unattended on this holiday. “Thanksgiving is actually one of the busiest days for firefighters because of cooking fires,” Reynolds said. “I think in the last couple years we’ve had nearly 30 different fires throughout the state on Thanksgiving as a result of people trying to cook.”

The months of October, November and December are traditionally the busiest of the year for firefighters statewide. Many Iowans will be putting up Christmas decorations this weekend and Reynolds is asking they avoid plugging several cords into the same electrical outlet. “Christmas lights themselves are typically not the problem,” Reynolds said. “It’s more the number of items that’re plugged into an outlet that creates the problem.”

A number of home fires this time of year are also caused by unattended candles, fireplaces and space heaters. Reynolds says most importantly, all homes should be equipped with a working smoke detector. “Go get a smoke detector and make sure you put it in, because even if your property becomes damaged, a smoke detector will still give you those precious seconds to get out during a fire,” Reynolds said.

So far this year, there have been 27 fire-related fatalities in Iowa. Reynolds calculates that 128 lives have been saved in fires because the homes or businesses involved had working smoke detectors. Last year in Iowa, 46 people died in structure fires.