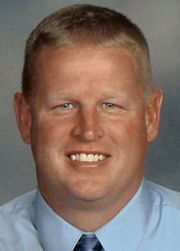 Governor-elect Branstad and state lawmakers are being asked to find funding to keep 45 Iowa State Troopers on the force next year.

The positions were nearly eliminated this year under a 10% across-the-board cut in the state budget, but a one-time federal grant was obtained to save the 45 troopers from being laid off.

Trooper Darin Snedden of Mount Vernon is president of the Iowa State Troopers Association. He’s calling on lawmakers to find a renewable state funding source to keep those 45 troopers on the force. The federal grant that pays their salaries expires on June 30.

There are currently 371 troopers employed by the Iowa State Patrol. The patrol’s staffing level has been on the decline since the late 1990s when 455 troopers were on the force.

“We are at a current staffing level comparable to the 1966 time in Iowa,” Snedden said. “We would like to see those numbers increased by Governor-elect Branstad and by legislators as they come into (the 2011) session.”

Snedden has been researching what neighboring states do to help fund their state patrols. In Illinois, a $1 fee on vehicle registrations is directed to the state patrol. In Minnesota, residents pay $3.50 for any vehicle title transfer. “We would like the State of Iowa to fund (the state patrol) on a renewable funding source out of the general fund if possible,” Snedden said. “We’ve explored these other options just to see what our neighboring states do to help their funding sources.”

Snedden says it’s not uncommon for just one trooper to be assigned to the duty of covering two counties. He says the dwindling staff levels make it possible for a motorist to travel across the entire state, on I-35 or I-80, without seeing a single Iowa State Patrol vehicle.