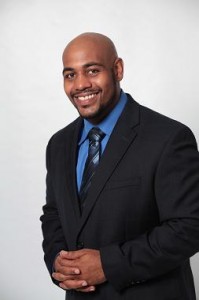 A once-thriving Iowa town that’s disappeared from the map will be the subject of a documentary about racial harmony airing Thursday at 8:30 PM on Iowa Public TV.

All that remains of Buxton is a cemetery, south of Oskaloosa, along the Mahaska/Monroe county line. The coal mining town was booming a century ago.

Twenty-six-year-old Des Moines native Jason Madison is featured in the 30-minute documentary, called “Searching for Buxton,” and he helped produce it, as many of his relatives grew up in Buxton.

Madison, who’s black, says blacks and whites lived on equal terms professionally and socially in the southern Iowa community, something he says was practically unheard of in that era.

“Buxton was a town ahead of its time,” Madison says. “Fifty or 60 years after slavery had ended and then 50 or 60 years before the civil rights movement, this town existed where blacks and whites thrived and worked together, lived together, went to school together. It was just a really unique town.”

Madison, who lives in Oskaloosa, says he was able to uncover his family’s personal story and preserve it through the documentary.

“I think with these individuals, it didn’t matter your race or creed or anything like that,” Madison says. “They were just focused on providing a nice life for their families. In Buxton, they were able to do that and didn’t have to worry about any of the other rhetoric that was circling around the nation at the time.”

Madison says the beliefs and values that made Buxton stand out are still visible in other small Iowa towns and even in larger cities. He gives some credit to the Internet for helping people of all races bridge the gaps and communicate with one another.

“We are getting closer no matter how far of a distance is out there,” Madison says. “Some of those ideals are starting to come true especially in today’s society. There’s still a struggle out there and I think the story of Buxton will help get that message across that everyone should be able to live together equally.”

Madison is a graduate student at William Penn University and works at the school’s Communication Research Institute as a sports reporter, anchor and producer.

The documentary is narrated by Simon Estes, an opera star and a southern Iowa native. Estes’ father was a coal miner.