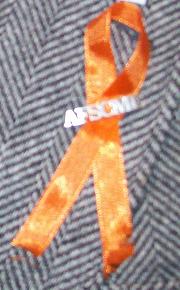 The Iowa House has resumed debate of a labor bill that has sparked protests from unions. House members debated the measure for more than eight hours Wednesday, until breaking for the night shortly after 10:30.

Representative John Wittneben, a Democrat from Emmetsburg, was surprised to be among the first recognized to speak this morning after the House started debating again shortly after seven o’clock.

“What timing I must have. Sadly, my dry cleaner this morning didn’t have the same timing. They did open at seven, but they didn’t have my clothes ready, so I apologize if I’m wearing the same thing tomorrow,” Wittneben said, laughing.  “Now, all I have to do is get my eyes out.”

Wittneben put his glasses on, then began talking about an amendment dealing with the bargaining rights of veterans.  Democrats have authored more than 100 amendments to the bill, many proposing an expansion of collective bargaining rules in Iowa, but Republicans have rejected all so far.  Republicans hold a strong majority in the Iowa House and plan to pass the labor bill yet this week.

Representative Lance Horbach of Tama says he and his fellow Republicans believe the taxpayer can no longer afford the “bureaucracy” of state government.

“We’re stepping back and taking a clean look and when I say a ‘clean look,’ not a clean look like Wisconsin where they wiped everything off,” Horback said this morning. “We actually focused on what we thought was causing the problems.”

Republicans in Wisconsin’s State Senate passed a sweeping bill yesterday that eliminates nearly all collective bargaining rights for public workers in that state. The Wisconsin Assembly, also dominated by Republicans, is scheduled to pass the bill later this morning.

The bill Republicans in the Iowa House are pushing would no longer allow public workers in Iowa to negotiate over their health care benefits or layoff plans. In addition, it would allow government workers who don’t want to be part of the union to peel off and negotiate their salary and benefit packages on their own.  Democrats say that would mean the end of collective bargaing in Iowa.

Democrats have a narrow majority in the Iowa Senate, and they have no intention of taking up the changes in Iowa’s labor law that Republicans in the Iowa House are pushing.