You are here: Home / Crime / Courts / Woman jailed for “failing to provide medical care” to daughter 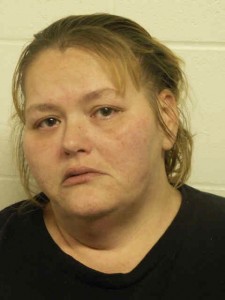 A northeast Iowa woman was arrested today after authorities say she denied one of her children necessary medical care. A release from the Fayette County Sheriff’s office says one of 39-year-old Terra May Rupright’s kids took an overdose of prescription medication.

The girl was found unresponsive in Rupright’s home in Arlington this morning. Investigators claim Rupright failed to provide or attempt to get medical help for her daughter for over an hour.

A neighbor called 911 after going to the home to check on the child because she had not gone to school. The girl was first taken to a hospital in Oelwein and later transported to University Hospitals in Iowa City where she was listed in critical condition.

Rupright is charged with child endangerment, a felony punishable by up to 10 years in prison.