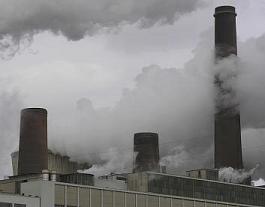 A report from the American Lung Association is renewing the call for tougher pollution controls on coal-fired power plants in Iowa and nationwide. David MacIntosh, the principal scientist who compiled the study, says the harmful emissions will reach you, whether you live within sight of a power plant or dozens of miles away.

“Many studies show that in terms of location, the communities nearest the facility receive the greatest exposures from the power plant emissions and therefore, face some of the greatest risks,” MacIntosh says. “The further you get away, then you get a combined impact from multiple power plants as their emissions mix and move through the atmosphere.”

According to the report, he says more than 400 power plants in 44 states release more than 386,000 tons of hazardous air pollutants into the air each year.

“Children are among those at greatest risk of elevated exposures to mercury (which) can impair learning,” MacIntosh says. “Coal-fired power plants are the largest source of mercury emissions in the country.” He says coal-fired power plants produce more hazardous air pollution in the United States than any other industrial pollution source.

MacIntosh says, “The elderly and people with pre-existing respiratory illnesses, like asthma, or maybe they have a heart condition, those people are at the greatest risk of additional exposure to some of the microscopic particles in the air that we breathe and are largely attributed to emissions from coal-fired power plants.”

MacIntosh singles out one plant in southwest Iowa for doing things right. “The facility in Council Bluffs has controls to specifically reduce emissions of the metals and the fine particles that go with them, also to remove the emissions from some of the acid gases which are highly corrosive and also the mercury,” MacIntosh says. “The Council Bluffs plant is a good example of a well-equipped coal-fired power plant.”

MacIntosh is a professor of Environmental Studies at Brandeis University and is technical advisor to the World Health Organization’s International Program for Chemical Safety. The report “Toxic Air: The Case for Cleaning Up Coal-fired Power Plants” is available at www.lungusa.org.