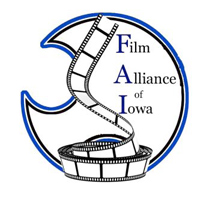 The Film Alliance of Iowa is asking the governor to hire a new director for the film office.

A recently-formed group called the “Film Alliance of Iowa” is lobbying the governor and state legislators today, asking that a new Iowa Film Office director be hired as soon as possible.

Susie Gorrell of Donnellson is interim director of the Film Alliance of Iowa. “We sent out mass emails for people to call in to the governor’s office, to Tweet, Facebook, email, even go by the office — some people are coming to the capitol this afternoon, I believe, to visit with their legislators,” she says, “to let them know they support a filme office with proper, adequate, experienced staff.”

Governor Culver fired the film office manager in the fall of 2009 after allegations surfaced that state tax credits for film and T-V productions were being abused.  Governor Branstad’s spokesman says Branstad supports the idea of reinstating the film office, but he’s waiting to reorganize the Department of Economic Development before deciding where the Film Office may fit in the state government bureaucracy. Gorrell says the Film Alliance of Iowa is pressing for sooner rather than later.

Gorrell also points to the state website, which she says has “outdated and misleading information” about filming in Iowa.

The film coalitions from Council Bluffs, Des Moines, the Quad Cities and southeast Iowa are part of the new Film Alliance of Iowa, as are other statewide organizations like the Iowa Motion Picture Association and unions which represent the crews that work on films.