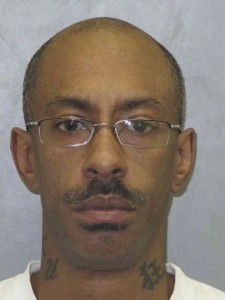 A Burlington man was arrested this morning in connection with a fire on April 16 that badly damaged a church. Victor Clegg Jr., 43, is charged with second-degree arson and second-degree burglary.

Burlington Police Lieutenant Dennis Kramer would not reveal what information led detectives to Clegg, but they’re confident he’s responsible for the fire. “The only thing I can release at this time is he made some admissions about what happened at the church during his interview,” Kramer told Radio Iowa.

Clegg is accused of forcing his way into the Union Baptist Church in Burlington and starting several fires. “We found multiple points of origin inside of the church,” Kramer said. Clegg is being held at the Des Moines County Correctional Facility on $25,000 bond.

Smoke, fire and water damage was limited to the interior of the church. Initially, damage was estimated at $100,000. Kramer says investigators with the church’s insurance company now place the damage in repair and replacement costs at $225,000.

Arson has been blamed for at least four other church fires in Burlington and Keokuk in recent years. Two men were arrested and are serving prison time in connection with those cases.