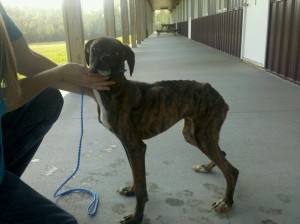 A central Iowa couple was arrested Monday in connection with the discovery of two abandoned, malnourished dogs two weeks ago.

The boxer dogs, one male and one female, were found with their cages in a ditch near Maxwell on May 9. They weighed just 20 pounds – when they should’ve tipped the scales at 55 to 75 pounds.

Authorities say tips from the public led them to arrest Larry and Tammy Gowin, who now face charges of animal neglect and abandonment.

Story County Animal Control Director Sue McCaskey says the dogs are slowly being nursed back to health and will be up for adoption soon. “They aren’t wobbly on their feet anymore and they’re a lot more sure of themselves,” McCaskey said. “They’re still thin because they were so thin to start with, but they’re doing really well.”

More than $800 was raised for information leading to an arrest in the case. McCaskey says the person who tipped off investigators will receive that cash reward.

The charge of animal neglect is a simple misdemeanor. “I know a lot of people were hoping for jail time, which in a case like this, probably would not apply,” McCaskey said. “I think it’s more…letting people know who did this and putting a name and a face with what happened with these animals. I think people want that closure.” 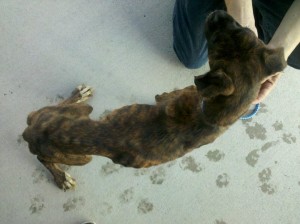 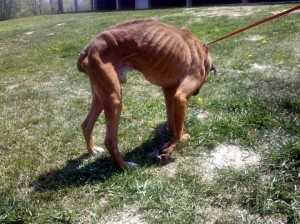