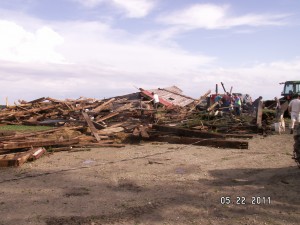 Bill Gregor and his wife huddled in their basement as the storm roared through Sunday afternoon in a rural area between Marengo and Ladora. “My wife just came down in the basement, woke me up and said get in the closet,” Gregor said.

Although he didn’t see a tornado, Gregor said it sounded like a freight train rolled through his front yard. “You could hear glass crashing, stuff breaking, crunching, cracking,” Gregor said. The storm uprooted large trees, tore off part of the Gregor’s roof and scattered pieces of their home.

Within an hour, emergency crews, neighbors and even strangers stopped to help clean up the mess. “There were people pulling up left and right, asking how they could help,” Gregor said. Other possible tornadoes were spotting near North Liberty and Parnell. In some cases, large hail accompanied the storms.

While there have been no reports of injuries in Iowa — Joplin, Missouri, was heavily damaged by a tornado last night, with at least 89 people killed. A Joplin hospital was among the hundreds of structures hit. 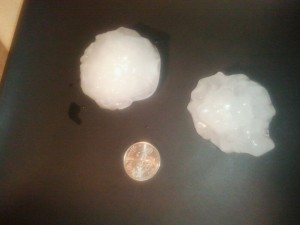 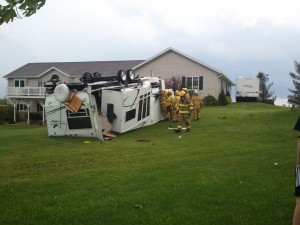