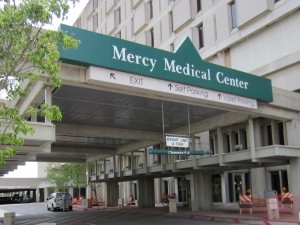 State health officials have declared a “public health emergency” after a passenger on a flight from Chicago to Des Moines tested positive for measles. Doctor Patricia Quinlisk, with the Iowa Department of Public Health, says the resident of Dallas County may have exposed others to the disease. She says the person was likely exposed to the measles in India and started coming down with the symptoms on the way back to Iowa.

The American Airlines plane (Flight AA3965) departed from Chicago’s O’Hare Airport at 11:55 a.m. on May 11 and arrived in Des Moines at 1:05 p.m. “While it landed in central Iowa, the passengers on that plane could be from all over Iowa,” Quinlisk said. “The plane did go to Chicago, so there could be people in Illinois or came into Iowa on other airplanes.” Iowans or others who were on the plane are encouraged to check their vaccination records.

Individuals who visited Des Moines’ Mercy Central Pediatric Clinic or Mercy Medical Center on May 14 could’ve been exposed to the measles as well. Quinlisk says people who are not sure if they’re fully vaccinated should contact their health care provider. “If you get two doses of the MMR – which is the measles, mumps and rubella vaccine – you’ll have about a 99 percent chance that you will never in your life get measles, no matter whether you get exposed or not,” Quinlisk said. Those older than their mid-50s and know that they had measles as a child do not need to be vaccinated.

Quinlisk says the situation is being treated as a public health emergency because measles spreads easily and can cause serious illness and death. The symptoms include: fever, cough, red/pink eyes, runny nose and a rash. Quinlisk says persons who believe they may have the measles should call their health care provider immediately and arrange to be seen safely, rather than just showing up at their doctor’s office or E-R and exposing others to the disease.