You are here: Home / Human Interest / Iowa now #6 in USA for being bicycle friendly 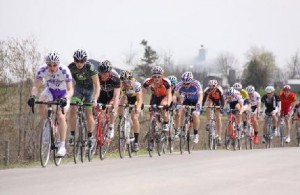 The League of American Bicyclists now ranks Iowa as the number-six most bike-friendly state in the nation. Iowa got high marks for educating and encouraging riders and for enforcing public safety laws.

Mark Wyatt, executive director of the Iowa Bicycle Coalition, says the top ten ranking allows Iowa to market itself as a great place for cycling vacations.

“We’re fast becoming known for being the world capitol of trails,” Wyatt says. “We’ve got about 1,600 miles of trails throughout the state. In addition, Iowa has 90,000 miles of paved country roads and that’s just been a great opportunity for bicyclists to connect from one area to another.”

Wyatt says Iowa’s national ranking would go higher if the state would approve legislation providing more protection for cyclists. Wisconsin has had a law since 1973 requiring drivers to give bicycles at least three feet of space when passing.

He says people might think being a rural, agricultural state is a disadvantage but he says having so many miles of paved county roads makes cycling easy.

“It really gives us the opportunity to be able to travel about wherever we want,” Wyatt says. “We get frequent inquires from people who want to ride across the state looking for a particular route. We’ve got dozens of routes that they can get from point A to point B.”

He says Iowa’s expanding bike trail system is pretty spectacular and helps small communities that are off the typical beaten path.

Wyatt says more people are looking to travel the countryside by bicycle as opposed to car which he says can bring people into lesser-traveled rural communities typically ignored by tourists.

The Iowa Bicycle Coalition has asked the University of Northern Iowa to do a study on the economic impact cycling has on the state.