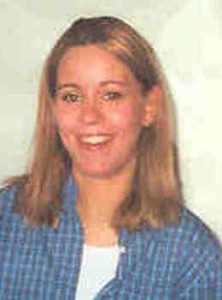 A Dubuque business owner, who wishes to remain anonymous, has pledged a reward of $10,000 for information leading to an arrest and conviction in a ten year old missing persons case.

Crystal Arensdorf was 20 years old when she disappeared early on the morning of July 4, 2001.

“She had made arrangements to get a ride over to East Dubuque with a bartender who was there that night. He was obviously a person of interest early on. We believe we’ve cleared him,” Engleman told Radio Iowa.

“We’ve developed other suspects as time has gone on, people who were in the bar that night. We’ve interviewed them, but unfortunately, we’ve been unable to file any charges for anyone possibly responsible for her disappearance.”

Dubuque Police continue to seek information in the case. “We’ve followed up hundreds of leads. We literally have probably a dozen binders filled with leads that we’ve followed up on over the ten years,” Engleman said.

Arensdorf’s family remains in Dubuque, holding out hope she might return home one day. Engleman hopes she’s still alive too, but if she isn’t, he believes investigators will eventually crack the case. “We know that someone out there has information, that piece of the puzzle, that’s going to solve this case,” Engleman said.

To mark the ten year anniversary of Crystal’s disappearance, police have put her picture on electronic billboards all over the city of Dubuque.