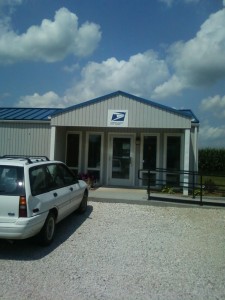 The U.S. Postal Service announced Tuesday the possible closing of 178 post offices in Iowa – mainly in small towns. Some 3,700 post offices nationwide are part of the so-called “expanded access study” after the Postal Service posted an $8.5 billion net loss in the 2010 fiscal year.

Jeannette Tempel is the mayor of the Hamilton County town of Kamrar, which is on the list for possible closures. “Nothing’s totally official until it’s official, so we’re hoping they’ll change their mind or something like that,” Tempel said.

A release from the U.S. Postal Service says, in towns where post offices are closed, services would be switched to so-called “village post offices” located in private retail locations – including convenience stores. Tempel says that probably won’t be acceptable to the 210 residents of Kamrar. “We need to keep it open,” Tempel said. “We have an older community and for accessibility…it would just be harder for them to go someplace else and get their mail.”

Tempel notes the Kamrar post office is a relatively new facility, relocated to its current location about 13 years ago. “They just put some new cement down for handicapped parking and put handrails up…just within in the last few weeks. So, it’s kind of surprising that they would put us on the list and shut us down,” Tempel said.

The Postal Service’s press release indicates 35 percent of the agency’s retail revenue comes from “such places as grocery stores, self-service kiosks and the agency’s website.”

Radio Iowa’s Pat Curtis and Pat Powers of KQWC  contributed to this story.