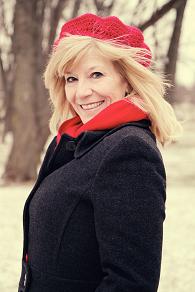 A retired southwest Iowa woman is publishing her first suspense novel this week, a new course after authoring a popular seven-book mystery series.

Shirley Damsgaard worked for the U.S. Postal Service 30 years, the last 24 as postmaster in Stuart, where she still lives.

“There was a point in time where I was working full-time at the post office as postmaster and putting two books out a year,” Damsgaard says. “I compare it to childbirth or a pregnancy because it takes about nine months after you submit the final manuscript for that book to come out.”

It’s about a woman who tries to regain her life after a random act of violence puts her in a coma for two months and she awakens to find a shifted reality.

Damsgaard calls herself a small town Iowan and says she’s never lived more than 50 miles from her hometown of Winterset. Reading, she says, has always been important to her, and now writing.

“All of my life, whenever I was faced with stressful situations, books have been my escape,” Damsgaard says. “So now, as an author, when I get these wonderful emails from readers that tell me that they’ve been going through a tough time and my book took them away for a couple of hours, it just means the world to me.”

In addition to an appearance earlier this week in Newton, Damsgaard also has appearances scheduled in the coming weeks in: Des Moines, St. Louis and Cedar Rapids. For details, visit: www.shirleydamsgaard.com